Turmeric rice with shrimp and kale is a simple, one pot dinner made with coconut milk and sesame oil. 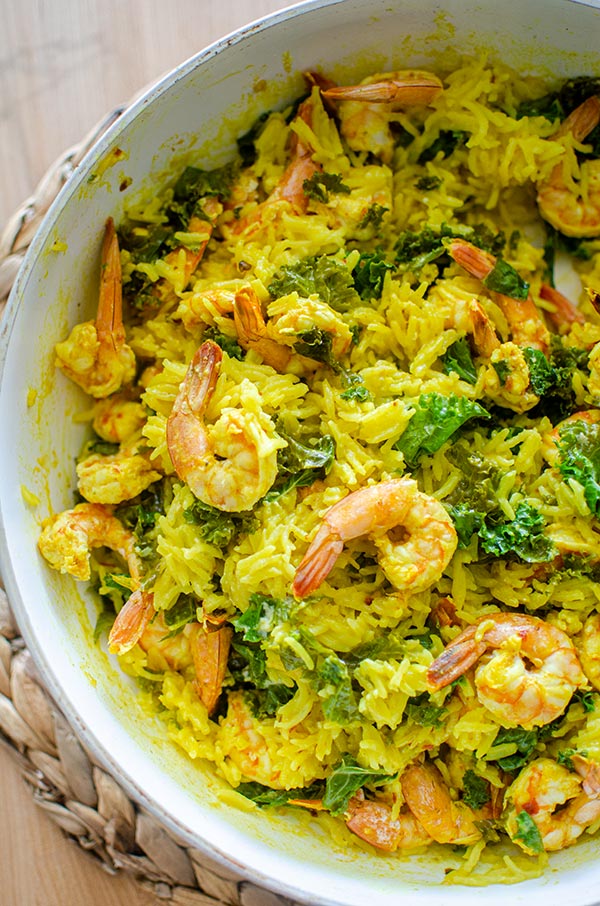 I’m an avid reader of the New York Times and their cooking section is one of my favourite reads. I find so many incredible ideas for recipes and dishes to cook on their website and app. Most of the time, I’ll cook them on my own for dinner (their sheet pan shawarma chicken recipe is incredible) but other times, I’ll use them as inspiration for my own recipes.

Add a “Living Lou” twist, if you will.

The key when it comes to cooking is finding inspiration all over; food you eat in restaurants, photos you see on Instagram or Pinterest, recipes in cookbooks or publications like the New York Times. 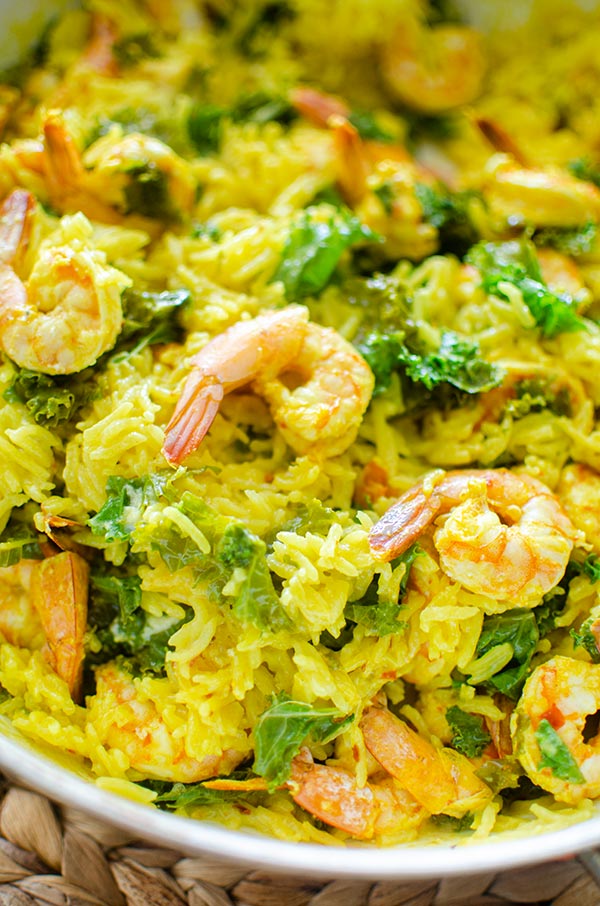 One day, I was browsing the NYT Cooking app and found this recipe for one-pot turmeric coconut rice with greens. It looked incredible and I knew that I could use a similar method from my one pot shrimp with couscous and create a bit of a hybrid of these two recipes.

I loved the idea of cooking a flavourful, coconut rice with turmeric and greens all in one pan.

My Living Lou twist? Well, there were quite a few. I veered away from the vegetarian angle of the recipe and added shrimp. I also added coriander, and sesame oil, swapped out the coconut oil for olive oil and omitted the sesame seeds and coconut flakes.

The first time I tested in recipe, all I added to the shrimp was salt and pepper, but I figured it would do well from a little extra flavour and a quick marinade. The second test was much better than the first test.

I decided to marinate the shrimp in spices that are already being used in the dish; chili flakes, turmeric, coriander and lime juice. This way you’re not using different flavours for the shrimp and the rice; this is one way to simplify cooking. 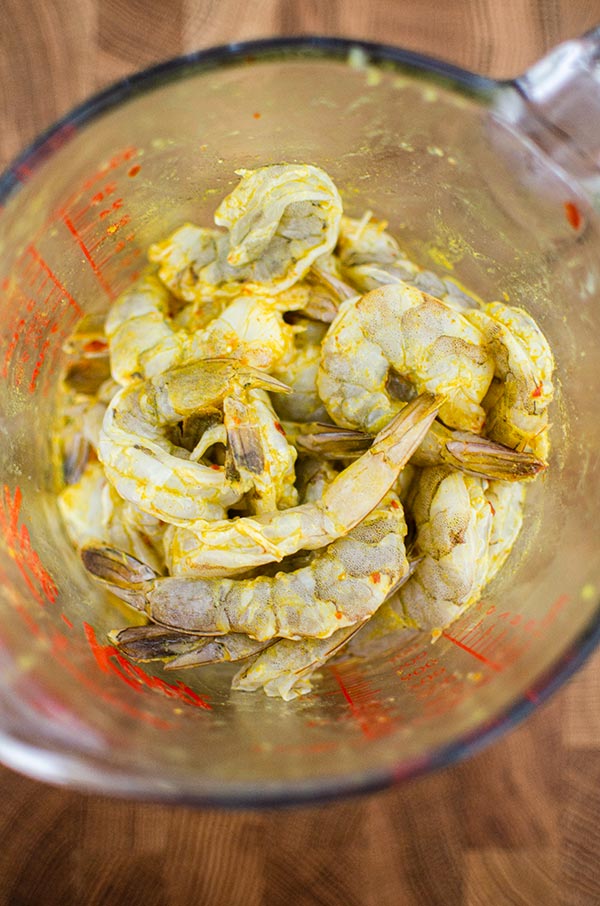 For the kale, which gets added right at the end, I decided to toss it in salt and sesame oil which adds another layer of depth and savoury, umami to the recipe.

I also added lots of ginger and garlic, as well as ground coriander and chili flakes to really up the flavour in the rice.

What I ended up with was quite a different dish from the original, but I think you can still see the original inspiration.

What can I make with turmeric?

Turmeric is one of my favourite spices, it’s actually a root (like ginger) and you can buy it dried and ground or fresh. Typically in recipes, you’ll use ground turmeric. It has a distinctive bright yellow colour and its flavour is slightly bitter. A few of my favourite turmeric-flavoured recipes are Moroccan chicken soup and coconut brown rice.

Let me know if you give this turmeric rice with shrimp and kale a try in the  comments below.