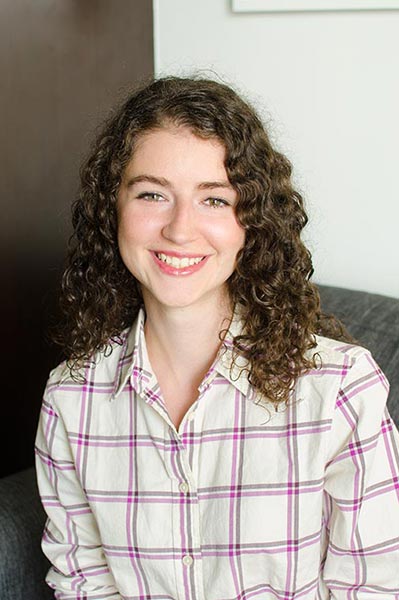 I am a passionate foodie; I love to eat as much as I love to cook. My name is Louisa, but you can call me Lou. I celebrate all things food by creating simple, fresh and flavourful recipes to inspire others.

Born and raised in Toronto, Ontario, I’ve been completely smitten with cooking and baking ever since getting my first Betty Crocker Kids’ Cookbook when I was seven years old. Without even realizing what I was doing, I started developing “recipes” for my Easy Bake Oven (I still have the notebook with these early handwritten recipes!).

If you’re like me and most of my readers, you’re a modern, busy and budget conscious foodie. I want to say, welcome! I’m so looking forward to being a part of your cooking journey. Thank you for choosing  Living Lou as one of your foodie destinations.

I have no formal training, but I spent a year working in the test kitchen of one Canada’s most popular women’s lifestyle magazines. I’ve been running Living Lou for ten years and I love it. I’ve had daily a columns in the newspaper and appeared on national television and given cooking demos at Williams Sonoma and other events in Toronto.

With a degree in film and media production, I consider myself an aspiring Renaissance woman.

If you have any questions, don’t hesitate to get in touch with me at [email protected] – I love hearing from you!

Not sure where to start? Visit my Start Here page for more.

I started Living Lou in 2010, two weeks after my 17th birthday. I was looking for a creative outlet for my passion for food and I fell madly in love with the entire process. From recipe testing and development, through to the photography, writing, and developing the branding, Living Lou is a complete expression of who I am.

I’ve been developing recipes for ten years and have created content for some of the top Canadian and international food and media brands.

Living Lou was chosen as Hill & Knowlton’s top 10 food blogs to follow as well as Jamie Oliver’s Food Revolution Blog of the month. I have developed recipes for Metro News, Chatelaine, Today’s Parent and Walmart Live Better and have written for multiple media outlets including Chatelaine.com, Cityline.ca, Thekit.ca and The College Prepster.

I have also worked with a number of brands such as Hamilton Beach, Dairy Farmers of Canada, KitchenAid, Kraft Canada, Lavazza, and Mushrooms Canada.

I’ve loved collaborating with many brands, companies and bloggers over the years and I’d love to work with you! Please don’t hesitate to contact me at [email protected] to chat. Opportunities include recipe development, food photography, sponsored posts, brand ambassador/sponsorship, video work, TV appearances, events and conferences.

YOU CAN FIND ME…

Include both Louisa’s personal accomplishments in the food industry and those of Living Lou.