Make Indian food at home in the slow cooker with this simple recipe for slow cooker chicken tikka masala. 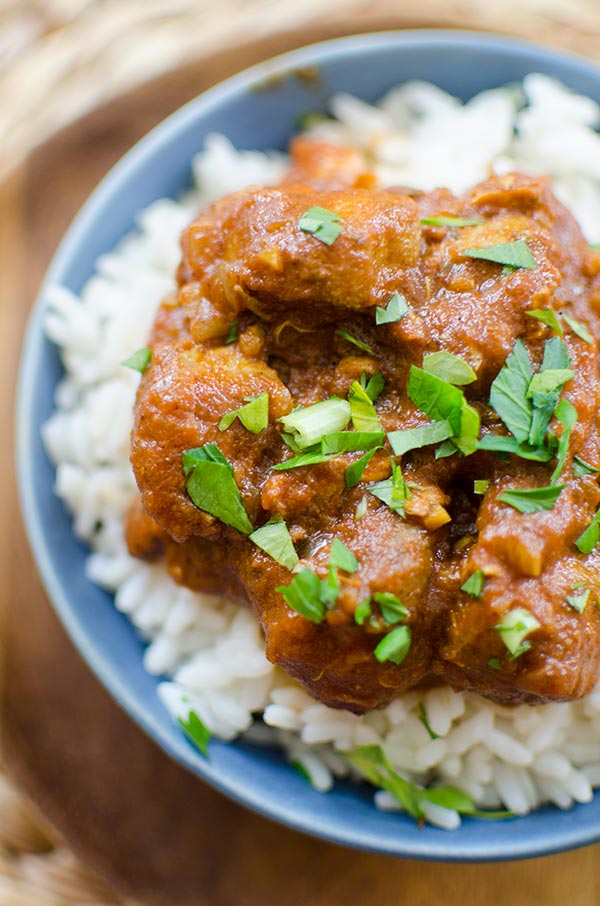 There was a period of time where I was convinced that I didn’t like Indian food. I know, it’s kind of insane, especially considering that it’s become one of my favourite types of cuisine. Indian is definitely our go-to when ordering takeout and there are so many amazing Indian restaurants in Toronto. We’re pretty lucky because you can find really good restaurants for practically any type of food in this city.

There’s a great little Indian restaurant in our neighbourhood called The Copper Chimney which is definitely my favourite Indian spot in the city. We’ll order tons of dishes so that everyone gets to have a bit of everything. Our order changes up depending on what we want to try, but there are some standard dishes we always order; butter chicken, tikka masala and my personal favourite chana masala.

I’m still working on creating the perfect chana masala recipe (it’s a vegetarian curry made with chickpeas) but I’ll perfect it eventually. Since we love to order Indian food so much I figured I would try and make a homemade version to rival takeout. 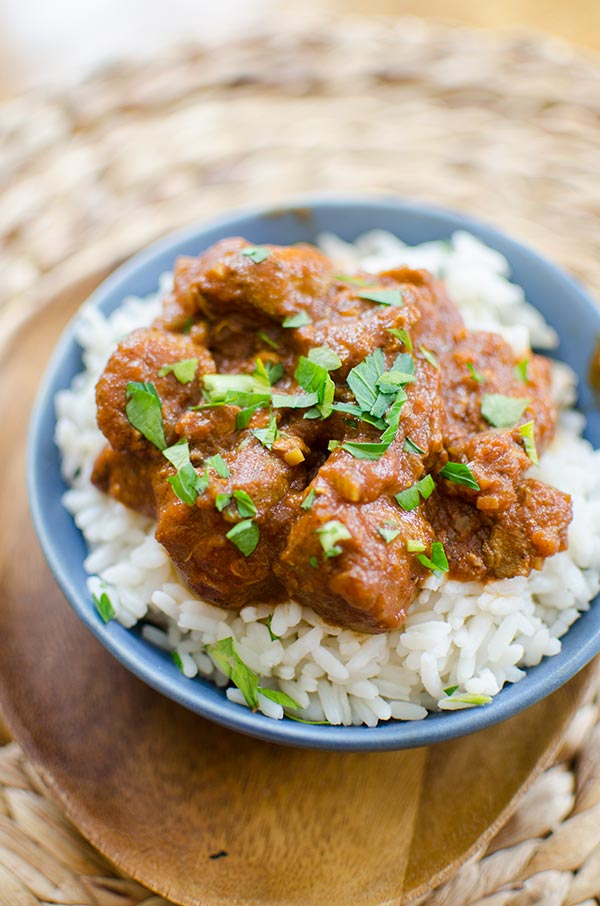 The base is similar to that of butter chicken, but instead of coconut milk this uses a touch of cream stirred in at the end and is more of a tomato-based dish. Now I’m not going to pretend that this is the most authentic version of chicken tikka masala on the planet, but it’s a recipe that is simple and uses familiar ingredients for delicious results. Anyways, these simple and flavourful recipes are why you’re here, right?

I’ve been using my slow cooker for so many years that I recently shared one of my favourite tips for cooking with a slow cooker on my YouTube channel – this is a great way to deal with some of that excess liquid leftover that you might have when cooking in the slow cooker.

Did you try this recipe?Leave a comment + rating and let me know what you think!
Let me know if you give this slow cooker chicken tikka masala a try in the comments below.