This bacon and asparagus frittata is the perfect springtime brunch recipe, topped with fresh parsley and salty and tangy feta for a delicious egg dish. This post contains affiliate links. 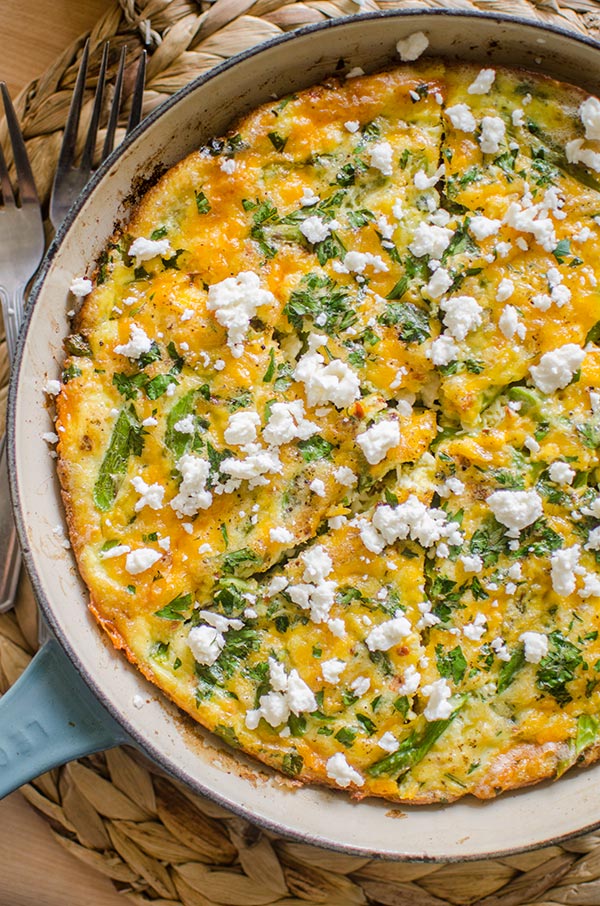 We haven’t really had a spring at all in Toronto, but this recipe has all the spring vibes. It has asparagus, it has eggs, it has fresh herbs (parsley), it’s light and bright. To me, it feels like spring in a pan, and that’s exactly what I think we all need at this time of year.

My first question when I wake up in the morning on a weekend is “What should we have for breakfast?”. There are the obvious go-to breakfasts like fried eggs and bacon, every now and then, I’ll go crazy and make pancakes (this is my favourite pancake recipe, you can leave out the chocolate chips or swap in blueberries), but making a vegetable-heavy frittata has become a bit of a special weekend ritual. 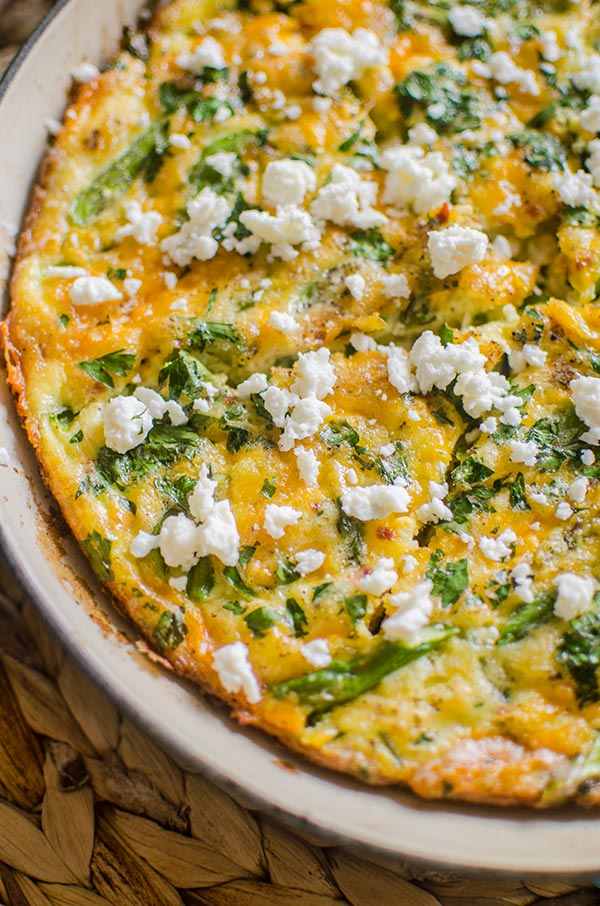 I love this bacon and asparagus frittata because it’s essentially made with ingredients that you probably already have in your fridge. I made this a few times with different ingredients; I started with asparagus and sausage, but got on the bacon train quickly (I just don’t love sausage in a frittata). And as I continued to test this recipe, it wasn’t until I added the feta sprinkled on top that I hit the perfect combination.

The feta pulls this frittata together. It adds a briny, salty and fresh pop to every bite. Trust me on this one. If you don’t have feta you can swap in goat cheese as well.

This recipe serves two and is made in a 9” oven proof skillet (I used this Le Creuset skillet for this recipe, but you could use any regular cast iron skillet as well). You could easily double the ingredients, though it may take a little bit longer to set on the stovetop and cooking in the oven.

How do I know when my frittata is cooked? 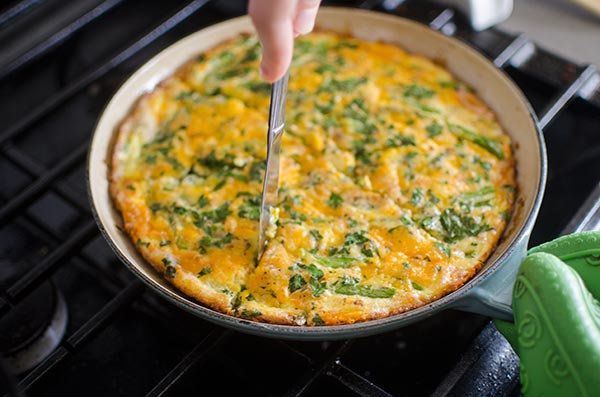 This frittata starts with cooking bacon—that’s it. Cook some bacon, whisk eggs with milk and hot chili flakes, pour the egg mixture on top, sprinkle with chopped asparagus, cheddar cheese and parsley and let it cook.

Why is my frittata watery?

Typically when making a frittata, excess liquid can make a frittata watery and steam rather than bake in the oven. This often happens if you don’t precook the vegetables ahead of time, in this recipe, we’re using asparagus which is a quick-cooking vegetable that doesn’t release too much liquid as it cooks, so we don’t need to precook the asparagus in this frittata recipe. 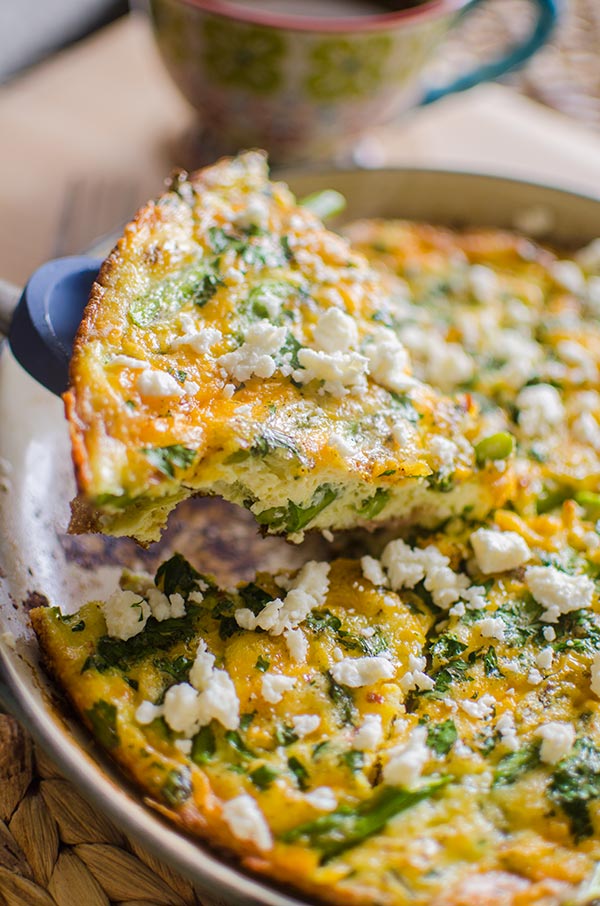 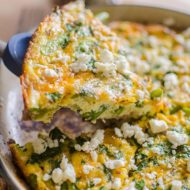 Let me know if you give this bacon and asparagus frittata a try in the comments below.