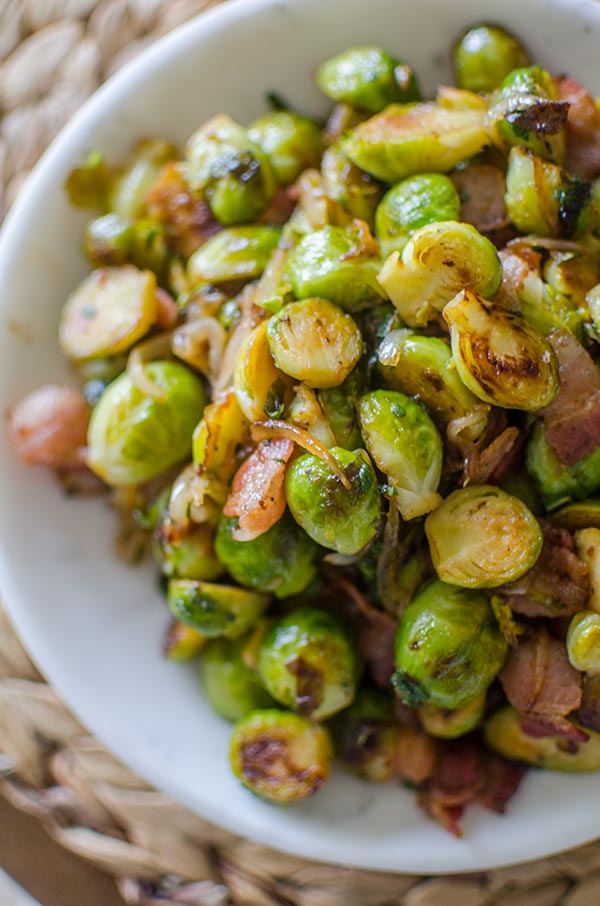 At this point, we all know there really is no such thing as a new recipe. This doesn’t really bother me at all. People have been playing around with and cooking the same ingredients forever; by this point, you’d hope that we’d have at least figured out the best ways to cook things. There are certain combinations that just work, and Brussels sprouts and bacon is just one of those things.

This recipe is based off a bunch of those combinations of things that just work. Bacon and onions. Maple syrup and bacon. Brussles sprouts with cider vinegar. Sage with Brussles sprouts. Do you see where I’m going with this? These truly are the best Brussels sprouts. 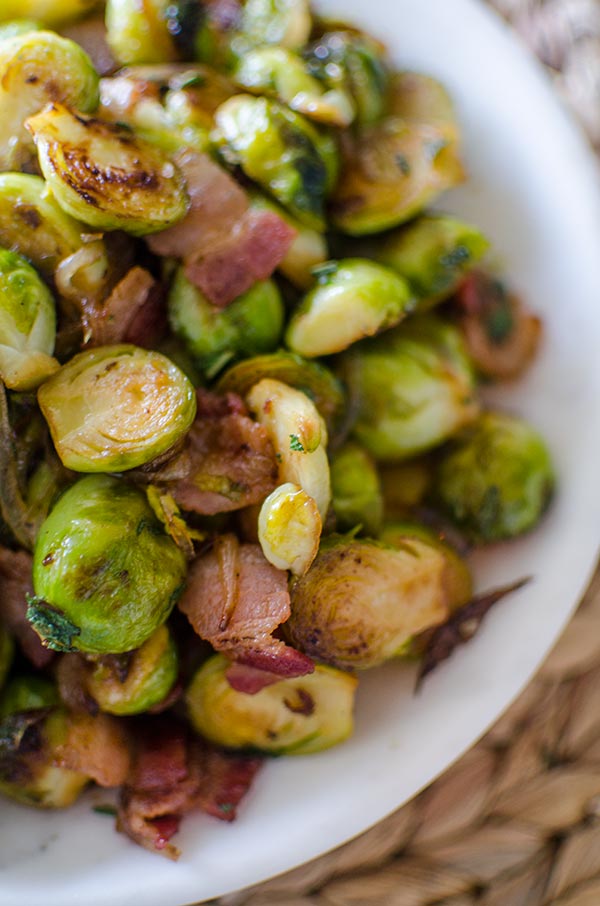 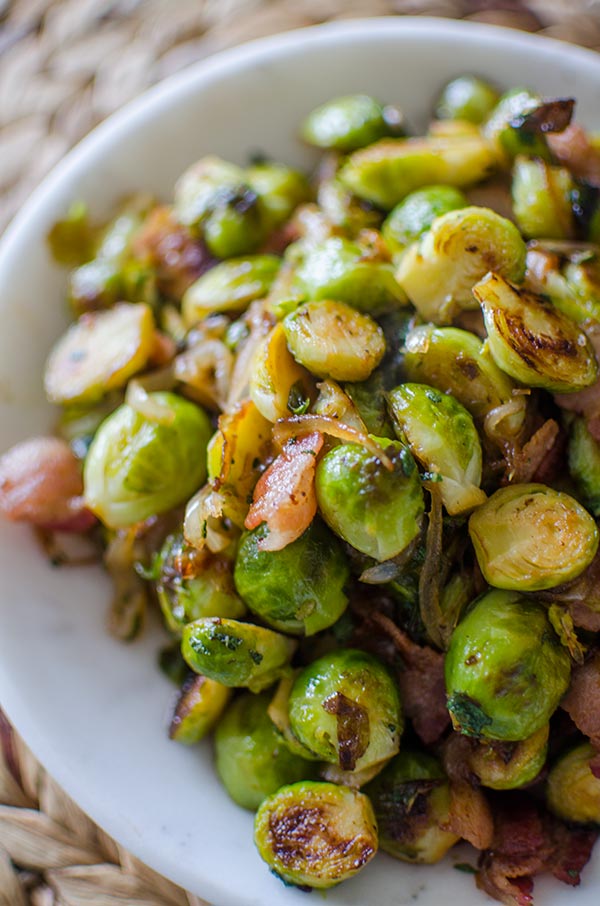 And while it wasn’t actually Thanksgiving while I was eating these Brussels sprouts straight out of the pan, I did feel very thankful. Thankful for so many things, but mostly for this season of life that I’m in. I always start to feel introspective as we head into the holiday season and the end of the year. Being 25 is nice.

And if you’re wondering how to make the best Brussels sprouts? Or if you know a Brussels sprouts hater, just know that all you need is a little bacon some onions and maple syrup to change their mind. Plus this is a side dish that doesn’t require the oven–bonus!

The best Brussels Sprouts with Bacon and Onions