Light asparagus soup recipe with leeks, parsley and garlic without the addition of cream. 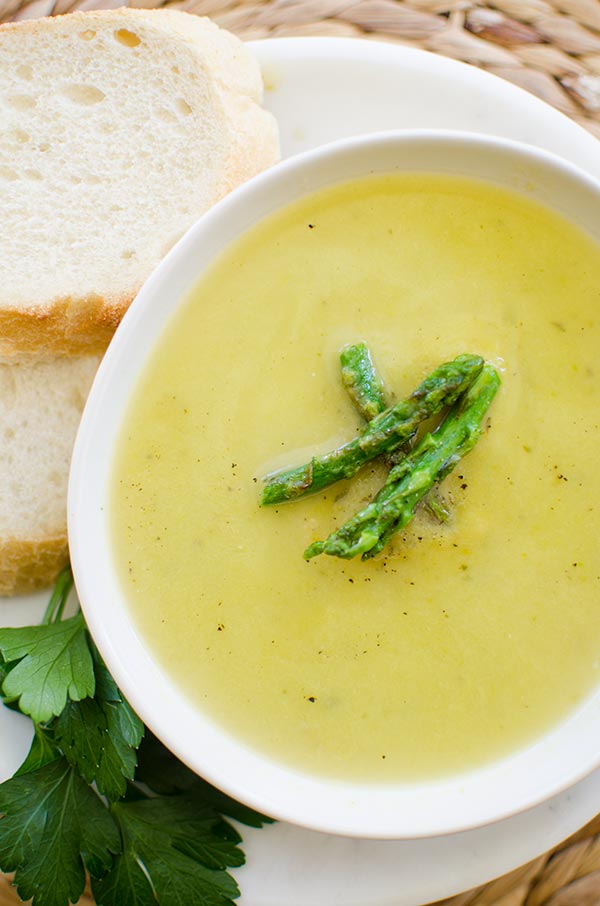 Asparagus is a delicate flavour; it’s not bold, it’s more of a subtle undertone. A sweet, grassy flavour that instantly reminds me of the spring. I usually roast asparagus as a side, but I wanted to try my hand at building layers of flavour in a light asparagus soup recipe. The base of this soup are leeks and asparagus which are sauteed in butter with some garlic. The simplicity of this recipe reminds me of a simple new intentional mindset I’m working on.

My pursuit of positive thinking has brought me back to my favourite author, Brene Brown. After revisiting her latest Rising Strong, I’ve begun to ask myself the question; Do you believe that people are doing the best they can? 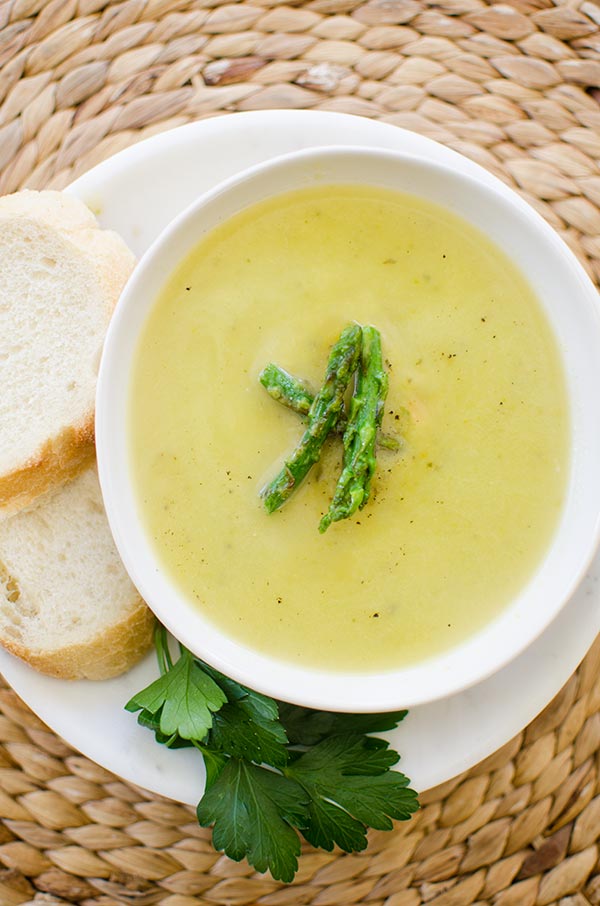 This is one of the parts that stood out the most for me from the book and this idea was also echoed in a recent episode of GIRLS. Two of the main characters, Hannah and Jessa, end up standing next to each other at a party and after a fight/betrayal that lasted pretty much the entire last season and a half, we get this moment:

I have definitely been there, where my best just isn’t quite enough. I’ve also been in situations where I’ve felt let down/annoyed/frustrated by someone else, but I think having this ‘doing their best’ in the back of my mind is going to be such a good way to help feel compassion towards others! Especially when, as creatures with feelings and emotions, it can be so easy to focus on ourselves.

It doesn’t mean that it’s ok, we still need to have boundaries to protect ourselves and stick to those, but I think that knowing that everyone is trying their best is an important part of being understanding/compassionate. What do you think?

I also realize that 99% of you are here for the food, but I kind of like the idea that if you happen to read and scroll, maybe you’ll take something away from this post, in addition to the delicious asparagus soup, obviously.

The trick to making this soup is to build flavour throughout (AKA season as you go!). Adding cayenne pepper and lime juice help to intensify the asparagus taste, without overpowering it with additional flavours. I have chosen not to use any broth or cream in this recipe because I wanted the soup to have a clean and bright flavour. Plus, the less ingredients, the better, right? 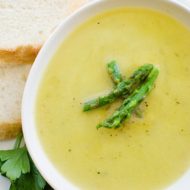 Let me know if you give this lightened up asparagus soup a try!