All it takes is some olive oil and salt to make restaurant worthy homemade blistered shishito peppers. This post includes affiliate links. 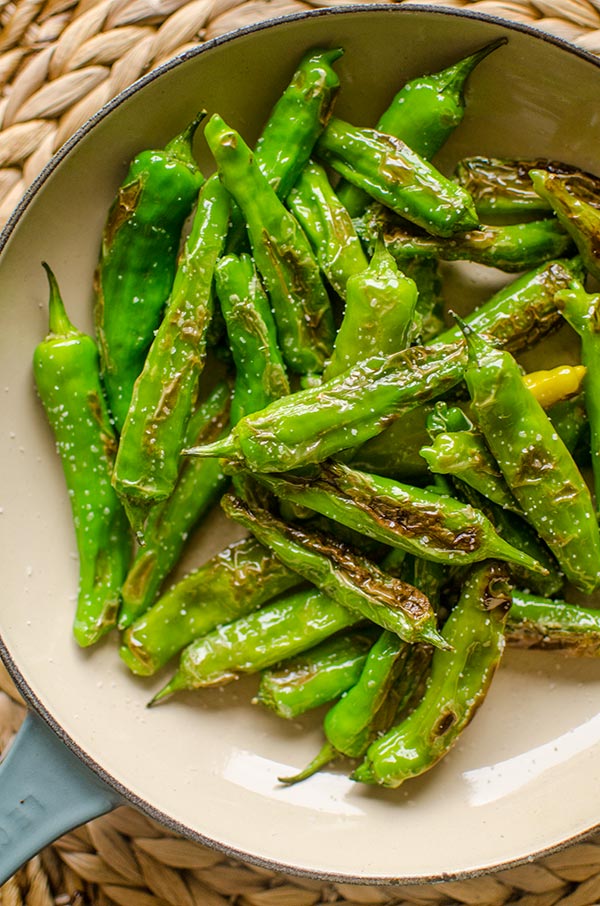 The first time I had shishito peppers was at a small Spanish restaurant in Toronto–technically they were padrón peppers, but shishito’s are easier to find in grocery stores.

We were celebrating my sister’s graduation from university–she had just finished her undergrad and would soon be on her way to study for her masters in Madrid. Which is why we were at a Spanish restaurant. Fitting, no?

What’s the difference between shishito peppers and padrón peppers?

They are both a mild pepper (one in ten are spicy) and look very similar. Shishito peppers are from Japan while padrón are from northern Spain. Shishitos are longer than padrón peppers and have a slightly thicker skin, whereas padrón are a little bit smoother and silkier in your mouth, but both are equally mild and delicious! 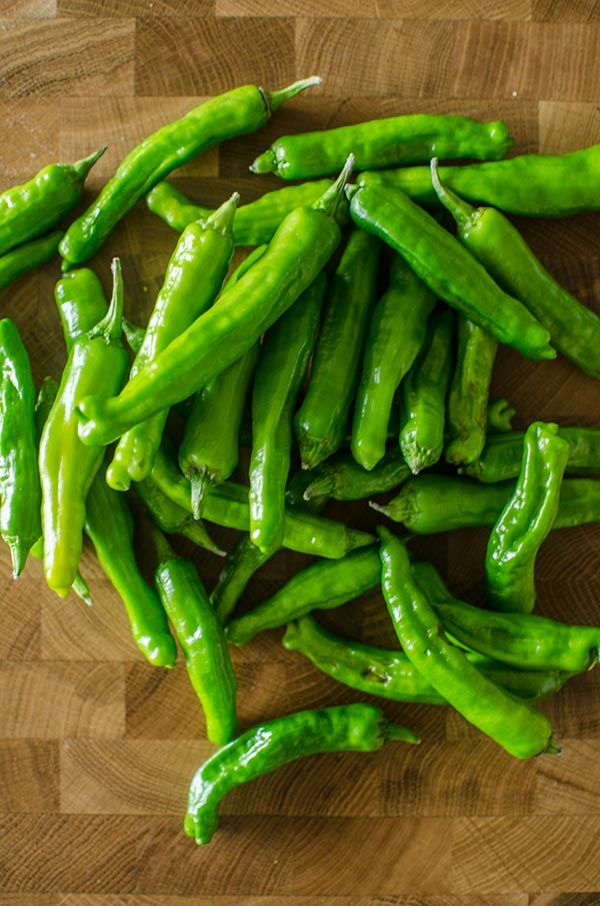 This was years about two or three years ago now, and at that time, shishito peppers were just starting to become a popular menu item at restaurants in Toronto, and they were next to impossible to find in regular grocery stores. Now they are easy to find and make the perfect addition to any tapas meal.

Sometimes I’ll even whip them up after work for a quick snack before dinner. They are that good and easy. All it takes is a pan (I like to use a cast iron), some good quality olive oil and lots of salt.

You can also roast shishito peppers in the oven if you don’t want to make them on a stovetop. 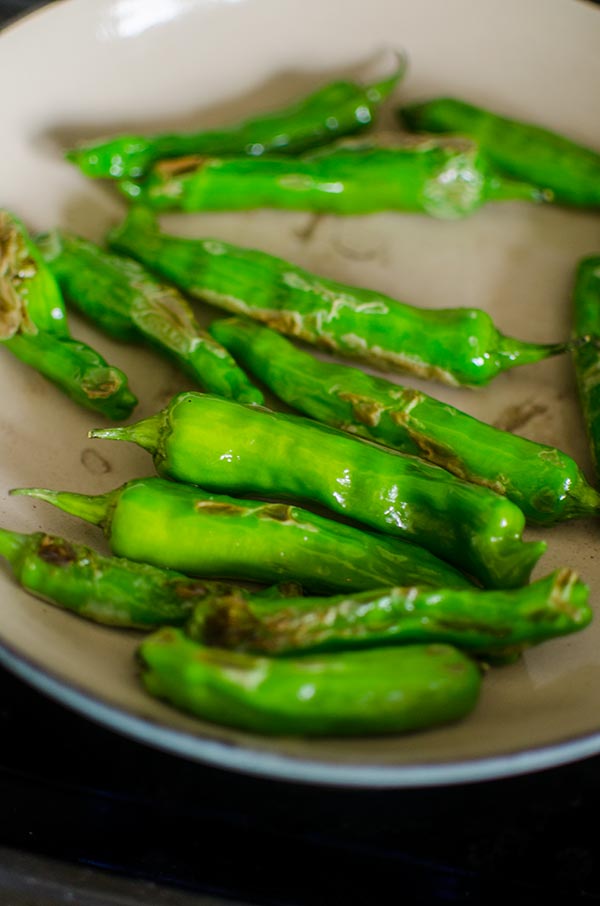 I’ve tested this recipe with both olive oil and canola oil and I actually preferred the flavour of olive oil over canola. There aren’t any other flavours going on in this dish, so I find a good olive oil compliments the peppers and elevates their flavour more than the canola.

And while you could definitely toss these in some Japanese-inspired ingredients like soy sauce and sesame oil, sometimes keeping things super simple is even better. 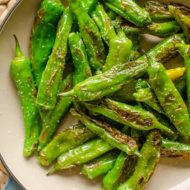 Let me know if you give these blistered shishito peppers a try in the comments below.