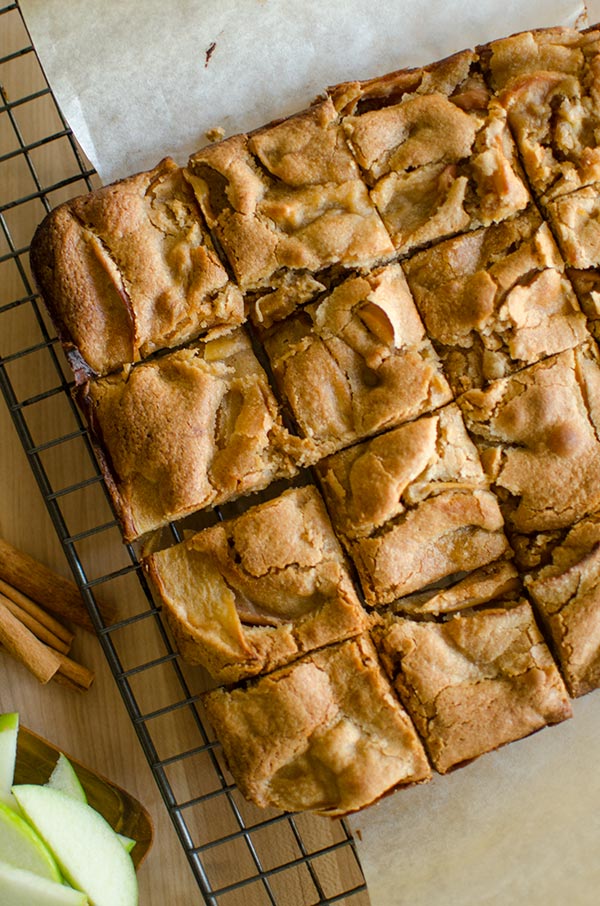 The internet goes crazy for pumpkin in the fall, but I’m more of a fan of the simple apple. Toss apples in a fall-inspired salad, throw apple in a grilled cheese for some extra crunch, or stir caramelized apples into blondie batter and pat yourself on the back. Your kitchen (or your entire tiny city apartment, in my case), will smell of fall spices (there is apple and nutmeg in these blondies).

The idea for these squares came to me a couple of weeks ago and I knew that I had to bake them right away. Usually, I’m known for planning recipes way further in advance so that I have lots of time in between testing (basically so I don’t eat the same thing for weeks on end), but I made these twice in a row and knew that I needed to post this fall dessert ASAP so you can make the most out of apple season. 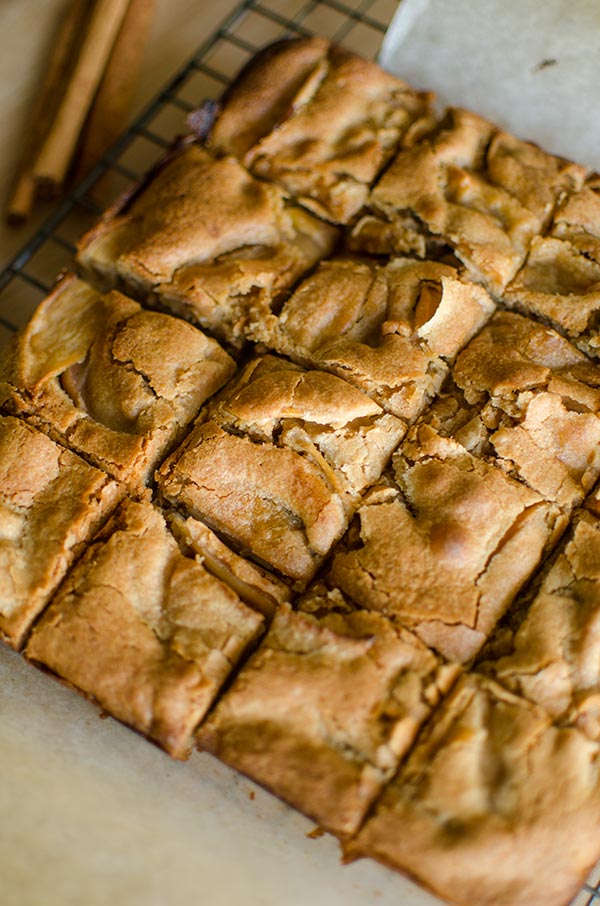 When you’re making the batter, it may seem as though it’s too thick, but once you fold in the apples, it will loosen up. The apples also release moisture as the bars bake, so you in the end they are super moist and delicious with the perfect cracked top you expect to find in blondies. 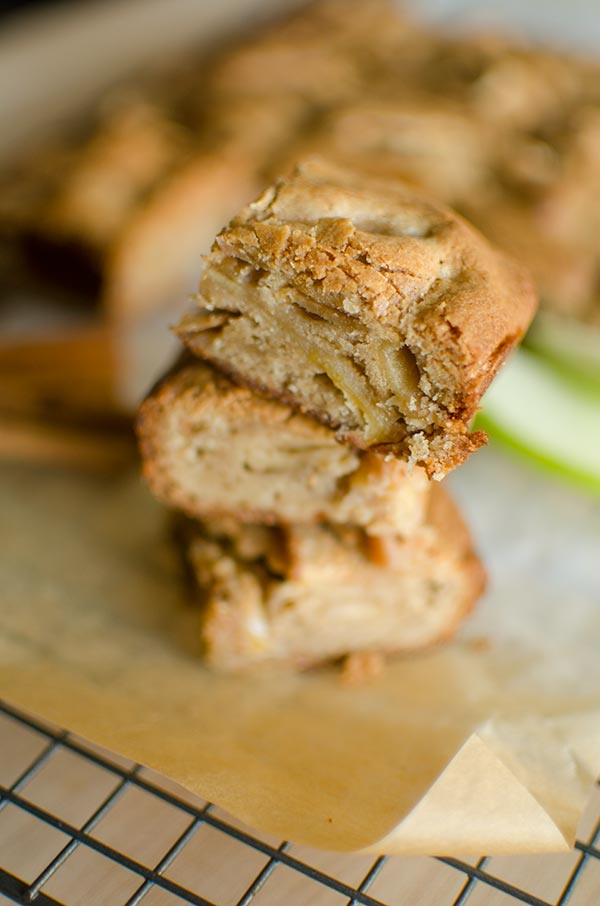 The apples end up becoming like layers in these bars and they are so good. I use a standard Gala apple for these–it’s a great all-purpose apple for baking. They will hold their shape better than a McIntosh and are slightly sweeter than Granny Smith. For most fall baking recipes that call for apples I’d recommend sticking with a gala unless otherwise noted.

You’ll also notice that there is no baking powder or baking soda in this recipe–I’m a purest when it comes to blondies and I like a denser texture over a cakey one. 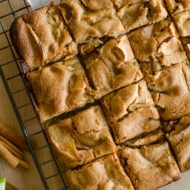 Let me know if you give these apple blondies a try in the comments below.