Make the most of fall with this healthy recipe for whole wheat pumpkin quick bread, using all whole wheat flour, dried cranberries and pumpkin seeds. 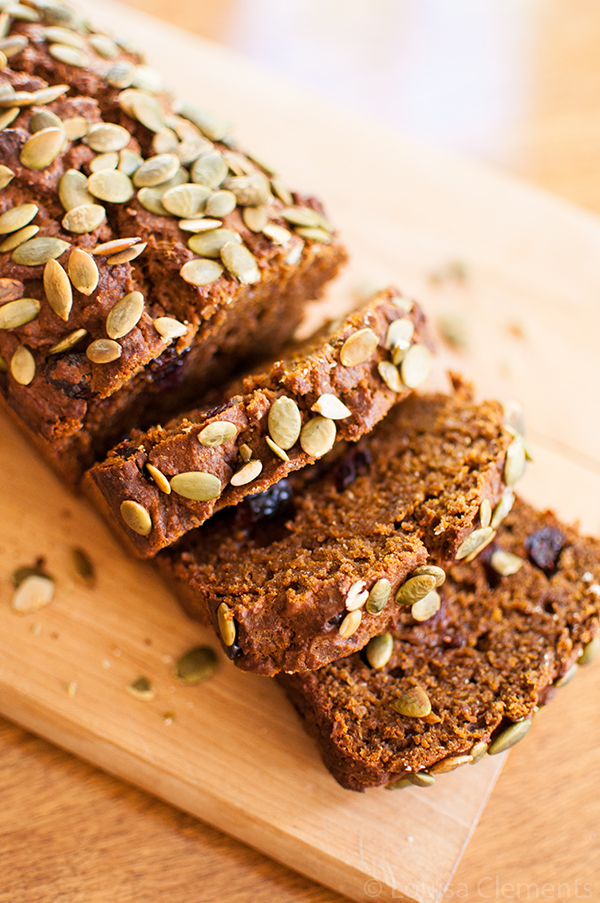 Now that we’re almost halfway through October I guess that it’s about time that I posted a pumpkin recipe on here. Can an October pass by without a pumpkin recipe? Not in the food blog world, friends. I was kind of over pumpkin this year before it even started, but I think that’s because I saw a pumpkin recipe up in September, which was a bit too early for me. September should be all about apples, right? I feel like I didn’t take advantage of apple season this year, but I’m ready to make the most of pumpkin season and October.

Since we’re on that topic, I think it’s about time that I do a lot of things actually. For some reason, October has been a month of “I’ll deal with that later.”, which for anyone who knows me, knows that is not really my style. But the truth is that my inbox is a little out of control, I ate two chocolate bars today (and don’t regret it in the slightest) and have had Joni Mitchell’s Blue on repeat for much longer than I care to admit. I also have a raging case of early on-set senioritis, and I’ve never handed in a weirder assignment than the piece of experimental music I created for a class a couple of weeks ago. The fall has been interesting to say the least. 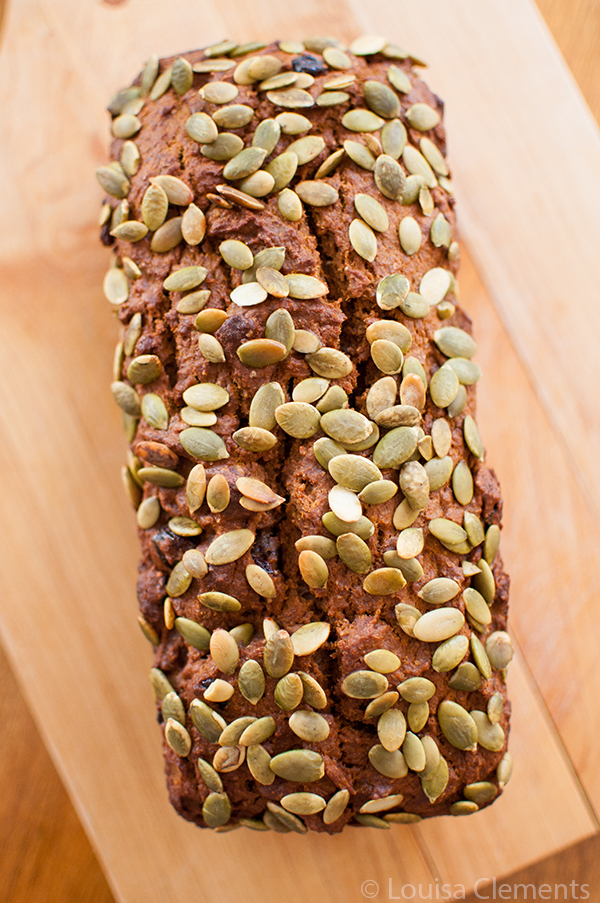 I’ve also been sitting on this recipe for whole wheat pumpkin quick bread for about a month. October has been weird, I blame Mercury in retrograde. I blame everything on Mercury in retrograde, actually. Seriously, anytime there is a strange sequence of events or things aren’t working out, it’s either Mercury in retrograde or an eclipse. Have I weirded you out yet? What can I say, I love astrology.

I find that in the fall, I do much more baking than cooking, which is a little strange for me because it’s usually the opposite. I think it’s a mixture of the cooler weather and the bounty of the season. Pumpkin and apples just lend themselves so well to gluten free treats and healthy muffins. So, I think you should be prepared for some more baking recipes that will be coming your way over the next couple of months. Think quick breads, cookies, bars, and the like – they will fill your kitchen with comforting and delicious aromas and be welcomed by anyone who is visiting for Thanksgiving.

In the meantime, let’s make a promise to soak up all of the remaining days of Fall, ok? This time of year is completely magical. The rainbow leaves, the crisp walks, the scarves and coats and boots. The baking, the pumpkin and chai everything all make my tastebuds smile. So grab a can of pureed pumpkin or roast your own, and get baking. Don’t forget to put on the perfect fall playlist, and I might be biased, but I don’t think there is a better season to listen to Joni Mitchell than fall, so go for it.

This healthy, whole wheat pumpkin quick bread has the perfect crumb and is packed with dried cranberries and topped with pumpkin seeds. 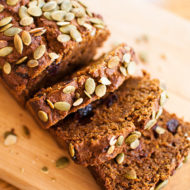 Let me know if you give this whole wheat pumpkin loaf recipe a try in the comments below.