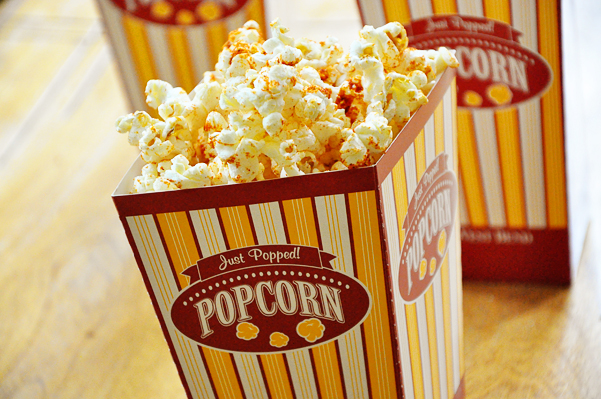 Ah popcorn, the ultimate movie watching snack. Did you know that I love film? I’ve only mentioned it once, or twice, or three times, or four times, so yeah, guess what? I love it. Today I saw Midnight In Paris, Woody Allen’s latest flick, and whew, was it ever good. Did you know that I also love Paris? Although, I feel like everyone loves Paris, or they say they love it, but me, well I really love it. I visited last year during Spring Break, I spent the entire week walking around the city, trying every eclair and macaron I could get my hands on. Spending hours investigating the shops and walking the streets where Julia Child fell in love with food. I was hit with inspiration knowing that I was in the city where Louis Lumiere showed his first film, and just by gazing at the paintings in the Louvre, or my favourite, the Musee D’Orsay made me wish that I could actually paint. A girl can dream, right?

Well this movie, Midnight In Paris has to be one of the best movies of the summer. No, it’s not your typical action, summer blockbuster, but a story of romance and the pursuit of a dream. Definitely a film after my heart. And obviously, popcorn and movies go hand-in-hand, so today, I’m sharing a recipe for a yummy, spicy popcorn. Since I watch an unusual amount of movies, I’m always trying to find different flavorings for my popcorn. This one hit me one day when I was about to sit down and watch The Royal Tennenbaums, a favourite Wes Anderson film of mine.

Spicy Popcorn (makes about 16 cups of popcorn)
Recipe by Lou

To pop popcorn, place kernels in a paper bag and roll over the top to seal. Place in the microwave for 2-4 minutes. Popcorn is ready when there are a couple of seconds between pops.

Melt the butter in the microwave for 20 seconds or until completely melted. In a small bowl, mix the seasonings together. Pour the butter over the popcorn and sprinkle with seasonings. Tossing to coat.

What movies are you going to be watching this summer?