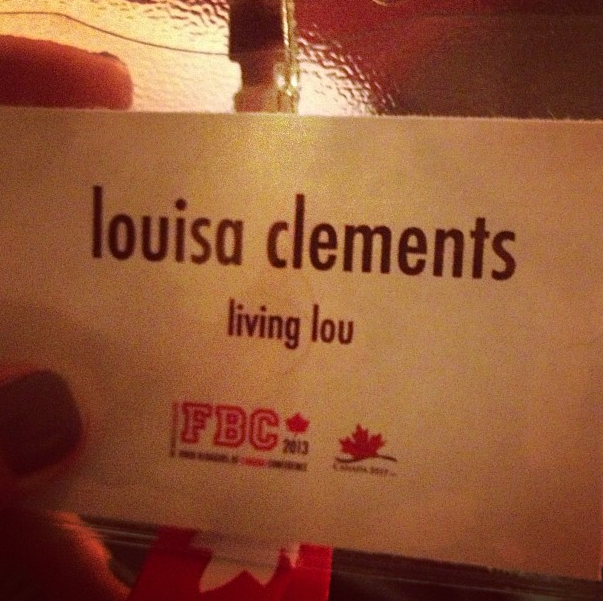 Things have been a little more quiet than usual here, but there are a few good reasons for that. Today we’re going to talk about the Food Bloggers of Canada conference.

Last weekend I attended the first Food Bloggers of Canada Conference, which was amazing. I don’t normally get nervous easily, but when my GPS announced that I had 5 minutes to go, my stomach was in knots. I have never been to an event where I didn’t know anyone. Plus, being 19 meant that I was going to be one of the younger, if not youngest, bloggers there. Was anyone going to talk to me, more importantly, would anyone want to talk to me? I mean, I’m 19 what on earth could I know about cooking and food blogging – in hindsight, having been doing this nearly three years, I’m starting to know my way around the kitchen and a blog. I tried to push those nervous thoughts aside and blasted my music (Brooks and Dunn, naturally) and took that last turn into Hockley Valley.

It started off well, I did a fantastic parking job(!) and then realized that I had forgotten my camera by my front door…rookie mistake. All was well in the end because there is this little company called Apple, who makes these phones with pretty fantastic little cameras. 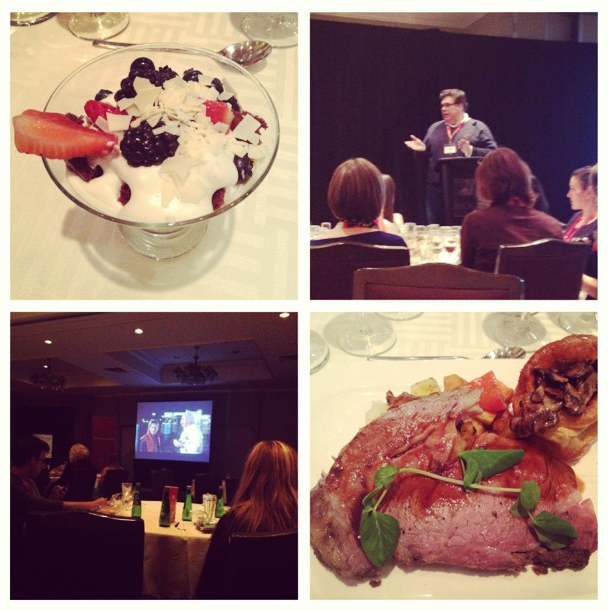 Do you know what I realized, within the first 15 minutes of being there? Nobody cared that I was 19. Nobody cared that I didn’t have kids. We were all there for the same reason, we love food and blogging. The weekend was packed with events and don’t even get me started on the delicious food and wine. Melissa, Mardi and Ethan had a superb group of speakers lined up and I enjoyed all of the sessions. Just hearing everyone speak about things they are passionate about was enough for me. I was particularly fond of the recipe development session as creating recipes is one of my favourite things to do. There was something special about meeting the other bloggers and getting inspired by their passion for their blogs.

I’ve heard mixed things about conferences before, but I can say that FBC2013 was something special. I feel more inspired and energized than ever about what I have going here on Living Lou and what’s to come.