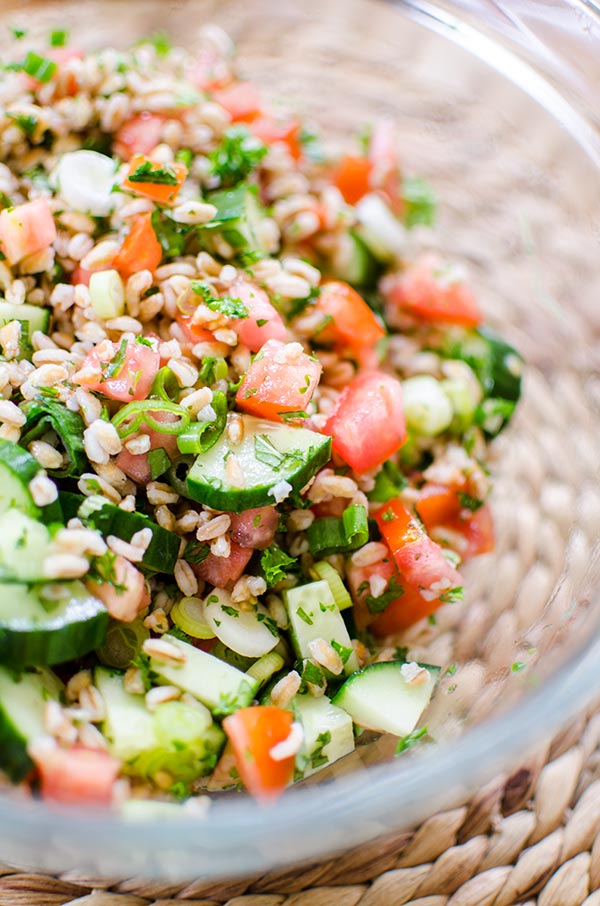 I’ve been a fan of farro since last summer, it’s one of my go-to grains when I’m making a salad because it’s really hearty and loaded with flavour. I made a charred corn and farro salad last year and have been planning my next farro recipe ever since. I used it in a lot of winter salads this year, but I never ended up sharing them (making a mental note for January).

This farro tabbouleh came about when I was planning on a making a quinoa tabbouleh salad, only to realize that I was completely out of quinoa. Luckily, I had an unopened box of farro in the cupboard and this salad was born. I think this was a sign from the Universe telling me that it was about time I posted another farro recipe!

Whenever I get an idea for a post, or something I want to talk/write about, I jot it down in the notes on my phone to save for later. I was going through this list recently for some inspiration and stopped when I read the line: what does it mean to live up to your potential. Seriously, what does it mean?

I’ll start by saying that I absolutely hate that statement “live up to your potential”. Do you hate it too?

It leaves such a bad taste in my mouth because it is such a loaded statement. Loaded with judgment and expectation. Who is anyone to say what your potential is. How do they know? I don’t think I’ve ever had someone explicitly say this to me, but I’ve definitely been in situations where I have let people down. I think everyone has. 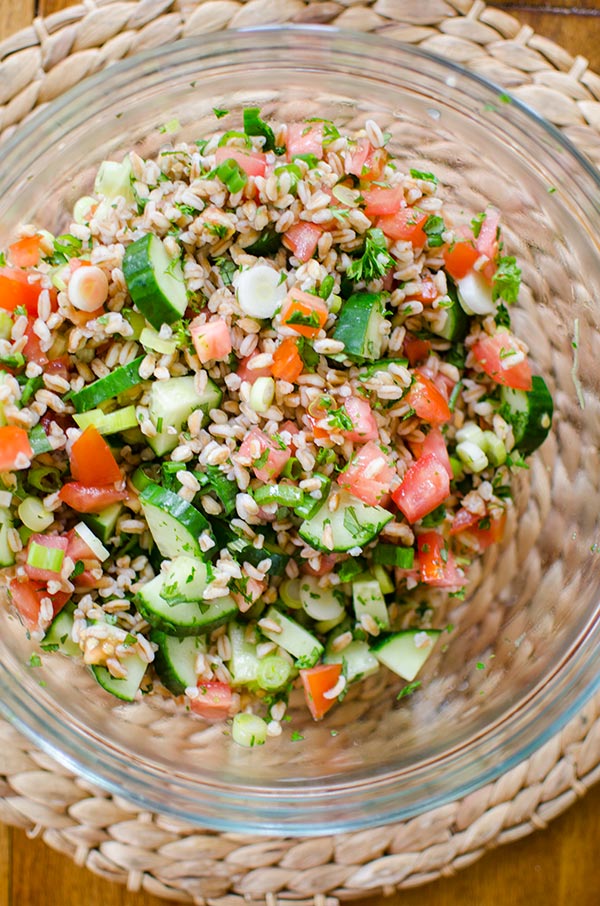 During my final year of university I ended up changing my thesis halfway through the year. This was a pretty complex situation, not only was the project itself a huge undertaking for one person, but there were also a few really difficult things going on in my life at the same time.

This salad takes the traditional flavours of tabbouleh, a cracked wheat salad with finely chopped ingredients and fresh herbs, and uses trendy farro as the grain, with a simple vinaigrette made of olive oil and lemon juice. 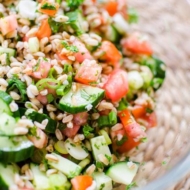 Did you try this recipe?Leave a comment + rating and let me know what you think!
Let me know if you give this farro tabbouleh a try in the comments below.