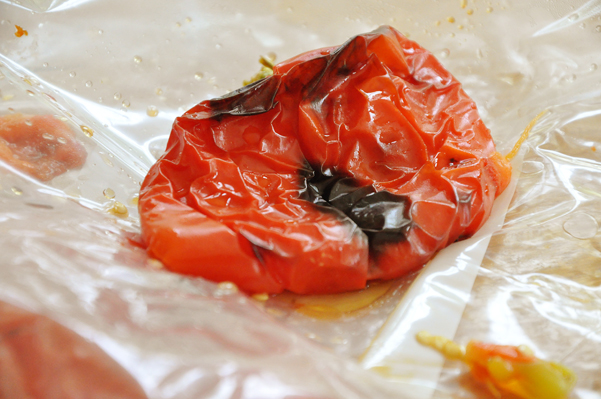 I was getting frustrated when I realized that there is a very limited number of things that I actually know how to do for my fast approaching math exam. You could say I spent 2 1/2 hours going over a practice exam, feeling confident and sure, only to be smacked with a solid 50% when I checked the answers. It was a little disheartening. OK, that’s a slight understatement, I wanted to burn all my math stuff then and there.

Since I realized that I can’t do math, I thought that I might as well do something that I know how to do. So, I roasted a couple of red peppers. Why? Because I wanted to, and thought that maybe, just maybe if I could teach people how to roast a red pepper then I’ll have good karma and suddenly I’ll understand what n is when (n-1)!/(n-3)!=20. If you think those explanation points are there because I’m excited, well, you’re pretty lucky you don’t have a data exam in less than a week. Roasted red peppers are yummy. They can be used in tons of recipes such as dips, sandwiches, appetizers, pasta sauces or soups.

How To: Roast a Red Pepper

Preheat oven to 400 degrees. Cut red peppers in half and place them cut side down on a baking sheet. Bake for 20-30 minutes, or until skins are slightly charred and wrinkled. (Check above picture.)

Using tongs, remove red peppers to a plastic bag. Let peppers sweat for 15-20 minutes or until cool enough to handle. 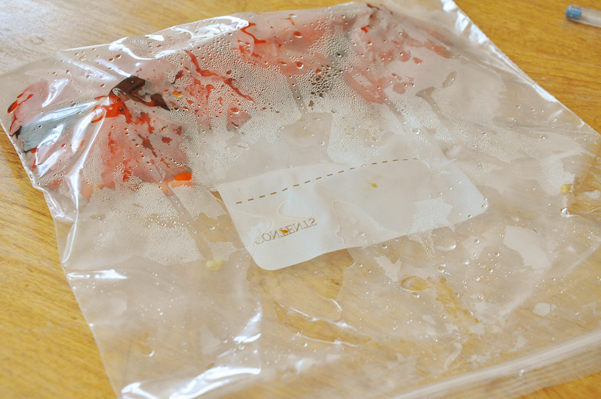 Next, remove from bag and remove skins. Skins should pinch/peel off easily. And voila, your red peppers are ready to be used. They should look like this when they’re all peeled. 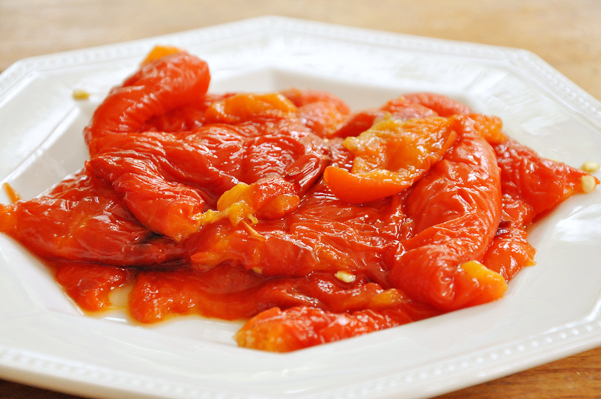 I’ve got a yummy recipe coming up where you can use your newly roasted red peppers, stay tuned. Well, I’m off to read a Moliere play and re-learn how to do matrices – yay exams.